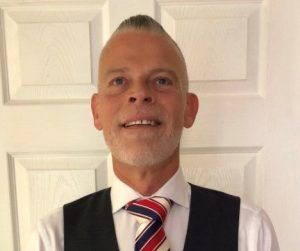 I’m moved to write this very personal “blog” as its LGBTQ+ History month which the NHS celebrates specifically with a number of events celebrating “Mind, Body and Spirit” which have been shared in the staff bulletins. There are some amazing people with lived lives who have achieved great things – the first ever female MP to openly have a same-sex partner passed away this week. She “came out” in 1979 – she was threatened with deselection. Last year we saw the outpouring of emotion when George Floyd was killed. Some people may think that what followed is an act of civil disobedience, I don’t. If it wasn’t for the Stonewall Uprising of 1969 who knows whether that very same MP could have come out ten years later.

It’s also very timely because I attended the clinical commissioning group unconscious bias training which prompted me to personally reflect on my experiences – please be warned the next paragraph is highly emotional and very personal. You might recognise a theme here – pandemic, personal protective equipment, testing and prejudice.

There’s a new series on Channel 4 called It’s a Sin which tells the story of coming out in the 1980s and how HIV and AIDS became a focus for homophobia. It’s really moved me. I’ve been gay all my life. I grew up in the countryside so I didn’t know what it meant and how this would affect my life until I left home at 18 in 1986. I came out that year. I felt I had to tell my line manager at the time in case it affected my career, yes I had to worry about my career because I was gay and yes this was only a little over 30 years ago. I moved to London to live with Nigel, one of my first long term boyfriends in the early 1990s. He was confirmed with HIV soon after I moved in. He’d suspected it – I had no idea. I had to go for a test. The results took two weeks to come back. Imagine the wait. I had to have counselling for those two weeks – it was part of the “deal” of having the test. The result had to be delivered in person. It came back negative. I was one of the fortunate ones. Nigel wasn’t; after we split up because he didn’t want to risk my life, he passed away two years later. So this month is one of celebration – look at how far we come – but for me one of sombre reflection too as it will be for many who have lost loved ones in any pandemic.

So I wanted to share this – not looking for any sympathy – I’m one of the lucky ones. During the NHS’ celebration of LGBTQ+ and given we’re at the peak of our third wave of a pandemic, I thought it was especially relevant. I hope you can find a way to support this celebration, possibly by downloading and using one of the graphics from the LGBT+ history month website as a backdrop for Microsoft Teams calls.