Helen joined the NHS in 1988 as a general management trainee. She has a wide range of experience within the NHS.  She started work in London, where she worked in acute, community, and mental health posts; across a mixture of corporate and operational roles.  Helen moved to Leeds in 1994 and worked at the Nuffield Institute for Health; working on a series of research and development projects. She then worked at Leeds Teaching Hospitals NHS Trust for many years, both on emergency services redesign and on planned care improvements.

Since moving to commissioning, Helen has had a couple of different roles. She was formerly NHS Leeds West CCG’s lead for acute commissioning for the city. After which, she became head of commissioning for planned care and long term conditions for the newly formed NHS Leeds CCG.  Her particular interest is in ensuring improved care for patients where their pathways cross between multiple providers.

Helen has served as a school governor and is currently vice-chair of a local welfare charity.  As a Leeds resident, who is also an informal carer and a parent, she has direct experience of the NHS in Leeds and is committed to working to create ongoing improvement. 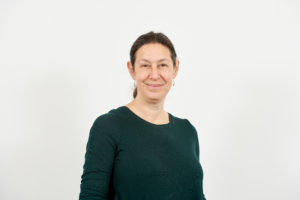 This website uses cookies to improve your experience while you navigate through the website. The cookies that are categorised as necessary are stored on your browser as they are essential for the working of basic functionalities of the website. We also use third-party cookies that help us analyse and understand how you use this website. These cookies will be stored in your browser only with your consent. You also have the option to opt-out of these cookies.
Necessary Always Enabled

Some cookies are essential for you to be able to experience the full functionality of our site. For example, they allow us to maintain user sessions and prevent security threats. They do not collect or store any personal information.

These are the cookies that help certain non-essential functionalities on our website. For example, analytics tools to measure how you use the website so we can improve it based on user needs. This could include anonymous information of how you got to the site, the pages you visit and how long you spend on each page.